Cell Phones are Dangerous, But This May Be Far Worse… 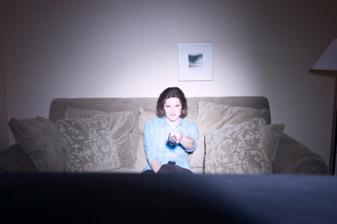 An increasingly alarmed army of international scientists have reached a controversial conclusion:

The “electrosmog” that first began developing with the rollout of the electrical grid a century ago and now envelops every inhabitant of Earth is responsible for many of the diseases that impair or kill them.During the past 100 years, we have methodically filled in the electromagnetic spectrum far beyond what occurs in nature.

Recently, several developments have highlighted the growing hazards of EMF pollution and the crucial need to address them.

In 2007, the Bioinitiative Working Group released a 650-page report citing more than 2,000 studies (many very recent) that detail the toxic effects of EMFs from all sources. Chronic exposure to even low-level radiation (like that from cell phones), can cause a variety of cancers, impair immunity, and contribute to Alzheimer’s disease and dementia, heart disease, and many other ailments.

Additionally, every single study of brain tumors that looks at 10 or more years of use shows an increased risk of brain cancer.

A recent study from Sweden is particularly frightening, suggesting that if you started using a cell phone as a teen, you have a 5 times greater risk of brain cancer than those who started as an adult.

A recent study showed that exposure to very-low-frequency voltage signals (1-100kHz), or “dirty electricity,” can greatly increase your risk of melanoma, thyroid cancer, and uterine cancer. These signals are largely by-products of electronics, such as modern energy-efficient appliances, televisions, stereos and other entertainment devices.

These electronic devices use a lower voltage than other appliances, and this manipulation of current creates a complex electromagnetic field. This field not only radiates into the immediate environment but also can travel along home or office wiring throughout the neighborhood.

“For the first time in our evolutionary history, we have generated an entire secondary, virtual, densely complex environment — an electromagnetic soup — that essentially overlaps the human nervous system,” says Michael Persinger, PhD, a neuroscientist at Laurentian University who has studied the effects of EMFs on cancer cells.

And it appears that, more than a century after Thomas Edison switched on his first light bulb, the health consequences of that continual overlap are just now beginning to be documented

Dr. Mercola’s Comments:
New scientific evidence is continually emerging that nearly all the twentieth century human plagues can be tied to some aspect of our use of electricity, including:

EMFs and Your DNA

Cells in your body can react to EMFs as a harmful invader, just like they do to other environmental toxins.

Remember that you are an electrical being.

Your body is a complex communication device where cells “talk”, tissues “talk,” organs “talk,” and organisms “talk[1].” At each of these levels, the communication includes finely tuned bio-electrical transmitters and receivers, which are tuned like tuning into a radio station. What happens when you expose a radio antenna to a significant amount of external noise? You get static from the noise – and that is what is happening to your body in today’s electrosmog environment.

Two of the more well-known biologicals impacts from electrosmog are the interruption of the brain wave pattern[2] leading to behavior issues[3] and the interference to your body’s entire communication system (cytoskeleton)[4] leading to abnormal neurological function, such as dementia, chronic fatigue syndrome, and fibromyalgia.

At a cellular level, your cell membrane receptors (the brain of the cell) recognize electromagnetic fields at very low levels of exposure producing a stress response similar to that produced by exposure to heavy metals or toxic chemicals.[5]

This can cause the cell membrane to go from an “active” or permeable state where it allows nutrients in and toxins out, to an “inactive” state where the cell membrane is impermeable. During a normal day, your cells will change states thousands of time, but when under constant environmental stress, the membranes can be locked in the inactive state. This is often referred to as “oxidative stress” as nutrients are able to enter into the cell, while toxins (free radicals) are not allowed to leave.

There is also real evidence that this inactive state can even have geno-toxic effects, meaning electrosmog is toxic by both damaging DNA and preventing your body from repairing DNA, which can be the first step to cancer.

We are not really sure what the “trigger” is that causes health problems, but we know that the electrosmog is definitely a contributing factor. For health, your body must be able to communicate within itself, that is, to be in harmony with the natural rhythm of the earth and all life.

The chaotic and unpredictable patterns from electrosmog can create noise in your body and force your body out of harmony. These damaging biological effects have been found at levels far below the so-called industrial and governmental safety limits—1,000,000 times lower than those limits, in some cases.

Why do things such as MTT, acupuncture, TENS units, pacemakers, and many other bioelectrical treatments work? Most likely a major reason why they work is because they focus on getting your body back into its natural rhythm or resonance. Just as you breathe in oxygen from an atmosphere you can’t see, your cells are suspended in a sea of vibrational energy that you can’t see or feel—that is, until it makes you sick.

As the MSNBC article states:

“Remember, these positive-negative shifts are occurring many thousands of times per second, so the electrons in your body are oscillating to that tune. Your body becomes charged up because you’re basically coupled to the transient’s electric field.”

Keep in mind that all the cells in your body, whether islets in the pancreas awaiting a signal to manufacture insulin or white blood cells speeding to the site of an injury, use electricity—or “electron change”— to communicate with each other.

By overlapping the body’s signaling mechanisms, could transients [electrosmog] interfere with the secretion of insulin, drown out the call-and-response of the immune system, and cause other physical havoc?”

And the really frightening aspect about electrosmog is how little control you have over it.

How You Can Protect Yourself

Fortunately, you are not completely helpless. There are strategies that can help reduce your exposure and protect you from the constant onslaught of radiation.

For over 20 years, Building Biologists (www.buildingbiology.net) have been studying and educating the general public regarding the negative impact of electromagnetic fields (EMF). On their website are multiple videos and information on the why, what and how for dealing with EMFs.

First and foremost, you’ll want to reduce your exposure to as many sources as you can.

For my latest list of safety tips and guidelines on how to reduce your exposure, please see my previous article.

In addition to these recommendations, Camilla Rees mentions a few more in her video, including:

Controlling the environment in which you sleep is especially important, given you spend a third of your life there. Review how to create a sleep sanctuary in five easy steps.

Electrical Pollution Solution has an extensive list of steps you can take to combat electrosmog in your home and work environments. Their suggestions include the following:

For additional EMF information, please see EMF.mercola.com for the latest news and updates.

Be a Live Wire for Change

The last thing that you can do, and perhaps the most important, is to help spread awareness about this ever-increasing problem.

If you believe that one or more transmitting products is making you ill, please report it/them to the following agencies (be prepared with the manufacturer, model and/or serial number, and a list of your symptoms):

It’s unfortunate, but the government is not likely to step up and do the right thing to protect your health without a lot of pressure from the public.

Power companies have successfully beaten back attempts to modify exposure standards. The cell phone industry, which has funded at least 87% of the research on the subject, has effectively resisted regulation.

Please get involved at any level you can, to help increase the pressure on industry and industry regulators, which is the only way to create a safer future for everyone.