by SkyWatch Editor
A New Chapter In History Will Be Made When The CERN Stargate Opens A Portal To A Parallel Universe
http://skywatchtv.com/2016/08/25/new-chapter-history-will-made-cern-stargate-opens-portal-parallel-universe/ 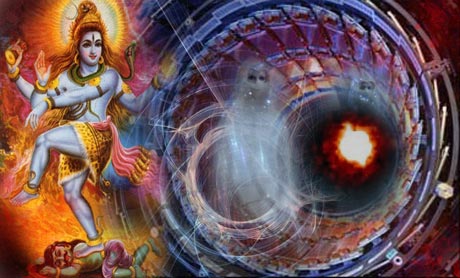 The staggeringly complex LHC ‘atom smasher’ at the CERN centre in Geneva, Switzerland, will be fired up to its highest energy levels ever in a bid to detect – or even create – miniature black holes.

If successful a completely new universe will be revealed – rewriting not only the physics books but the philosophy books too.

But next week’s experiment is considered to be a game changer. Mir Faizal, one of the three-strong team of physicists behind the experiment, said: “Just as many parallel sheets of paper, which are two dimensional objects [breadth and length] can exist in a third dimension [height], parallel universes can also exist in higher dimensions. “We predict that gravity can leak into extra dimensions, and if it does, then miniature black holes can be produced at the LHC.

Normally, when people think of the multiverse, they think of the many-worlds interpretation of quantum mechanics, where every possibility is actualised.

This cannot be tested and so it is philosophy and not science. This is not what we mean by parallel universes. What we mean is real universes in extra dimensions. (READ MORE)