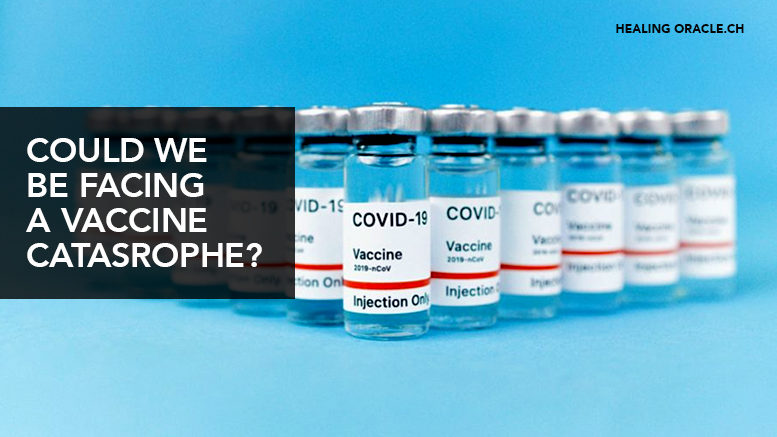 Posted By: The Healing Oracle Team

So physically, mentally, emotionally, financially harsh and debilitating have the lockdowns been that now we see the planned entrance of the knight in shining armour, the light at the end of the tunnel in the shape of a vaccine, the drug everyone suddenly wants.

This is a complete transcription of the video below. He speaks with vaccine expert Geert Vanden Bossche, PhD which reveals shocking news about the latest vaccine for COVID-19 and its dangers. You can watch the full video for yourself below.

“Okay now, for really one of the most important stories I have perhaps covered in my entire career in medical journalism which now spans you know around 15 years of working on television and media to discuss medical issues something gigantic has happened this week at least I think it is in you can decide for yourself as we weigh into this to begin with there is a world renowned vaccine creator that went on his LinkedIn and put out a letter to every single professional in the world essentially telling them we must stop the vaccination program immediately he was just a couple of extras from his letters take a look at this.”

“As a dedicated virologist and vaccine expert I only make an exception when the Health Authority is allowed vaccines to be administered in ways that threaten public-health, most certainly when scientific evidence is being ignored. The present extremely critical situation forces me to spread this emergency call. As the unprecedented extent of human intervention in the COVID-19 pandemic is now at risk of resulting in a global catastrophe without equal this call cannot sound loudly and strongly enough.

Sufficient scientific evidence has been brought to the table. Unfortunately it remains untouched by those who have the power to act. How long can one ignore the problem when there is at present massive evidence that viral immune escape is now threatening humanity? We can hardly say we didn’t know – or were not warned.

In this agonising letter I put all of my reputation and credibility at stake. I expect from you guardians of mankind at least the same. It is of utmost urgency. Do open the debate. By all means: turn the tide.”

I think he goes on and has this statement to make, a form of bc disclaimer, right?

“For those who may have had some difficulty in understanding how mass vaccination drives viral immune escape, it will suffice to watch infectivity and morbidity rates in those countries who have now succeeded in vaccinating millions of people in just a few weeks, (e.g UK, Israel, USA). Whereas these countries are now enjoying declining infectivity rates, they will unfortunately start to suffer from a steep incline in COVID-19 cases in the weeks to come. The steep decline was saying right now maybe followed by a short lived plateau but the subsequent steep incline of (severe) disease cases is inevitable.”

These are shocking statements and to be clear just so you recognise this man could not be more pro vaccine in fact he may be one of the most highly ranked and talented vaccine creators in the world. Let’s take a look at the resume of the man that is screaming at the top of the mountain right now.